On January 25th, 2008 Sergeant Miller found himself willingly leading a team of Afghan National Security Forces and Coalition soldiers during a combat reconnaissance patrol in Kunar Province near the Pakistan border. Insurgents hiding in a structure attacked Miller’s team. A fellow teammate called for close-air support to drop ordinance on the insurgent position, disrupting their attack. When the combined patrol moved toward the structure to check for any remaining enemy threats, insurgents again fired using heavy weapons.

Miller’s team captain was seriously wounded within the first minutes of the attack. While his commander was moved to safety, Miller returned fire. At great personal risk to himself, Miller remained at the front of the patrol and continued to lay down suppressive fire on multiple insurgent positions, allowing his wounded commander to be pulled out of the line of fire, ultimately saving his life. Miller’s personal courage under intense enemy fire enabled the entire patrol to gain cover and return fire. Even while injured by direct enemy small-arms and machine gun fire, Miller continued to employ his M249 Squad Automatic Weapon and grenades to suppress enemy fire and protect his teammates. 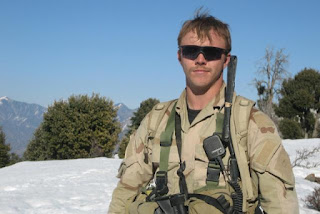 Staff Sgt. Miller’s selfless acts saved the lives of his seven of his ODA members and 15 Afghan soldiers. As a result of Staff Sgt. Miller’s heroic actions, the Gowardesh Insurgency was dealt a crippling blow, decimating insurgent forces involved in the battle, and shattering their morale and confidence.

He posthumously received the Medal of Honor at a White House ceremony on October 6th, 2010.

“All of us wonder if we can perform the same way, and keep our head and do what we have to do in an extreme situation like that, and take a calculated risk that you know you’ll have to take and which may mean you won’t survive,” Philip Miller said. “You start to look at all the stories of what people do, including the people in this same firefight, and then you realize how remarkable it is that they’re keeping their heads under incredible, intense, dangerous conditions, and doing the right thing. It’s amazing to imagine anybody could behave like that.”

“Receiving the Medal of Honor on behalf of our son is obviously extremely important to us, because it represents the gratitude of the country to one of their Soldiers who performed so well and effectively in combat,” Miller’s father, who was also a Soldier, said. “Our son will become part of the written history of the United States.”

Read the rest of the article.