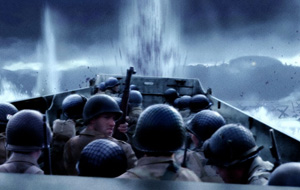 Video Games as an Educational Tool

Medal of Honor (MoH) is the name of series of first-person shooter games set in World War II, and with a reboot based on the conflicts of present day Afghanistan that was released in October 2010. The first game was developed by DreamWorks Interactive (currently known as Danger Close) and published by Electronic Arts in 1999 for the PlayStation game console. Medal of Honor spawned a series of follow-up games including multiple expansions spanning various console platforms and the PC and Mac. The series was created by filmmaker Steven Spielberg.

The Medal of Honor series puts the player in the boots of an Allied combatant during World War II, with the exception of the recent title which lets players take part in the modern Afghanistan conflict, at times as a “Tier 1” operator, with weaponry appropriate to each time period. The player fights for the United States (although groups such as the French Resistance have been represented), and the identity of the main character varies between games. The games are often characterized by linear gameplay through recognizable WWII-era areas of conflict, which is sometimes presented in a cinematic tone (e.g., inspiration from modern films like Saving Private Ryan, The Thin Red Line and Enemy at the Gates and the television mini-series Band of Brothers.) 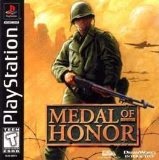 (1999) DreamWorks Interactive
Inspired by DreamWorks SKG co-founder Steven Spielberg, Medal of Honor marks the first WWII action adventure game developed for the PlayStation(R) console system. The game allows players to take on the role of an agent in the Office of Strategic Services (OSS), the United States’ wartime spy and covert operations agency, who aids the Allied Forces in an effort to thwart the German take over of Europe. 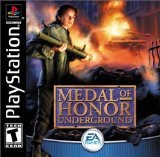 2000 DreamWorks Interactive
Medal of Honor Underground begins in 1942, not long after Germany crushed the French military and overran the country. Gamers are introduced to Manon who has just witnessed her house destroyed and hometown occupied. With nothing left to lose, she joins one of the many clandestine resistance movements that have taken root throughout her homeland during the early days of the occupation. Over the course of the game players will experience her ascent from a naive volunteer to a seasoned veteran who is ultimately recruited by the Americans for the Office of Strategic Services (OSS), where she will eventually play a key role in the Liberation of Paris.

Set during the most trying years of the war, 1942-1945, Medal of Honor: Allied Assault gives players a sense of the courage it took to survive the landings at Normandy, the assault at Arzew, a rendezvous with the French Resistance outside the village of St. Lo, and the push through the
heavily defended border of Germany.

Set during the last year of the war in Europe, June 1944 to May 1945, the Medal of Honor Allied Assault Expansion Pack gives players a sense of the courage it took to parachute behind enemy lines during Operation Overlord, halt the German counter offensive during the Battle of the Bulge, and engage the Germans as they desperately try to defend their capital, Berlin.

Head back behind enemy lines with Lt. Jimmy Patterson in Medal of Honor Frontline. In this installment of the smash-hit Medal of Honor series, Lt. Patterson returns and must use the confusion of the real-world offensive Operation Market Garden to infiltrate the German frontline and steal the HO-IX flying wing, an experimental Nazi weapon so powerful that it could turn the tide of World War II.

The Medal of Honor team continues to work closely with the Congressional Medal of Honor Society to ensure the ideals and integrity of this prestigious commendation. 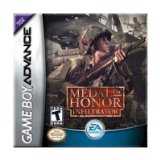 Players will assume the role of Corporal Jake Murphy, completing five daring missions to defeat the Axis in some of WWII’s most famous battles. From sabotaging enemy resources to capturing key personnel to all-out firefights, the player will need to master a variety of gameplay styles to overcome the enemy. On foot, in a tank, or even in disguise, players will engage opponents on the battlefield with a variety of WWII era weapons including machine guns, grenades, and bazookas.

As Japanese forces seek to expand their dominion over the Pacific, you must use stealth, commando tactics, and sabotage to turn the tide in your favor. Featuring real-life historical battles like Pearl Harbor and Guadalcanal, over 20 authentic WWII weapons, highly intelligent enemies, and a heroic cast of characters that fight on your side from level to level, Medal of Honor Rising Sun delivers the standard-setting experience for all Action games.

Medal of Honor Pacific Assault gives players a sense of the courage it took to fight the Imperial Japanese Army from the shock of Pearl Harbor to triumph on the shores of the Tarawa Atoll. Set in the Pacific Theatre of Operations from 1941-1944, players will assume the role of Marine recruit Tom Conlin as he survives the attack on Pearl Harbor, leads the assault on Guadalcanal, and finally charges up the beaches for the climatic battle at Tarawa. Armed with their wits and a variety of authentic weapons, it’s up to players to stop the Japanese war machine in its tracks.

In Medal of Honor European Assault, the story line is the star. Europe 1942. These are desperate hours for Allied forces as the Nazi war machine rages across a devastated European landscape. You are US Army Lieutenant William Holt, hand-picked by William “Wild Bill” Donovan to be the first field agent of the newly formed Office of Strategic Services-the OSS. Medal of Honor European Assault makes you the driving force in the struggle to liberate Europe.

In Heroes, players will battle their way through three campaigns as popular lead characters from past Medal of Honor games. Take on the role of Lieutenant Jimmy Patterson — star of both the original Medal of Honor and Medal of Honor Frontline — in an untold chapter of his time in Holland as part of Operation Market Garden.

Three Great Medal of Honor Heroes— Step back into the boots of legendary MOH OSS soldiers Lt. Jimmy Patterson, Sgt. John Baker, and Lt. William Holt in their bid to turn the tide of war.

Medal of Honor Vanguard lets you return to the days of the Second World War, for more of its pioneering first-person shooter action. Join the ranks of the elite 82nd Airborne Division as Corporal Frank Keegan.

It’s June 6th, 1944, and the war is far from over. Step into the boots of OSS Operative John Berg and infiltrate Normandy from behind enemy lines to undermine the Nazi regime. As a special agent of the Office of Strategic Services, you must use tactics of combat, infiltration, reconnaissance and sabotage to carry out the covert operations that will help defeat the Nazi war machine once and for all.

Take to the skies in Medal of Honor Airborne, where you’ll drop into grueling ground attacks in a bid to turn the tide of WWII. Begin each mission in the air above Axis controlled battlefields, then make your mark in the largest airborne operations in history.

Over 2 million Soldiers, Sailors, Airmen and Marines wear the uniform. Of those, approximately 50 thousand fall under the direct control of the Special Operations Command. The Tier 1 Operator functions on a plane of existence above and beyond even the most highly trained Special Operations Forces.

In Medal of Honor – Frontline, you’ll go behind enemy lines as Lt. Jimmy Patterson, to take part in missions that are vital to Allied victory over the Third Reich. Storm Omaha Beach as a member of the heroic D-Day assault, steal the experimental HO-IX flying wing jet fighter, battle for control of Nijmegen Bridge (a strategic choke point in the Allied drive into the heart of Nazi Germany) and complete 20 missions as you fight valiantly for freedom over fascism.

Medal Of Honor – Rising Sun is a far-reaching tale of two brothers during wartime. As the Japanese push further into the Pacific seeking domination, Marine Corporal Joseph Griffin will go behind enemy lines and use stealth, commando tactics, and sabotage to turn the tide in the Allies’ favor.

With Medal Of Honor – European Assault, it’s 1942 and the big push for control of Europe has begun. You’ve just joined the newly-formed OSS and will lead the charge in the struggle to liberate Europe. Cross paths with the most dangerous German leaders, armed to the teeth and gunning for you. Your skill with a weapon and your courage under fire will determine when you can unleash the hero within. Feel the emotion of an ordinary soldier doing extraordinary things.