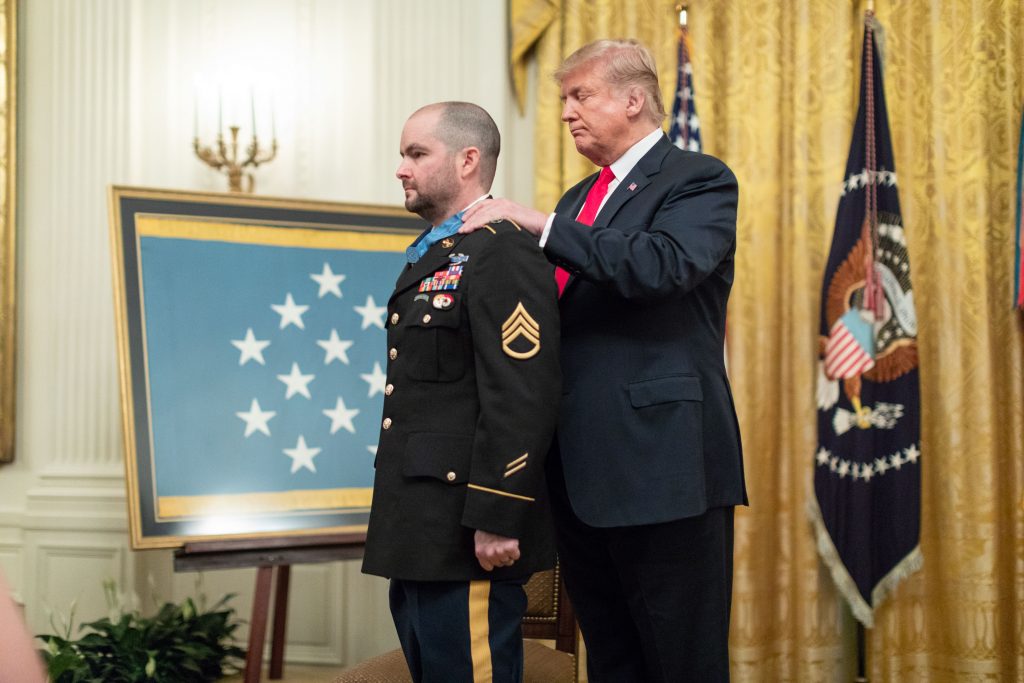 WASHINGTON D.C. – On May 14, 2020, SSG (R) Ronald J. Shurer II passed due to a lengthy illness. He was an American Hero, Medal of Honor Recipient, son, husband, and most important to him, a Father.

Ronald J. Shurer II was born in Fairbanks, Alaska, on Dec. 7, 1978. The son of airmen, Shurer lived in Illinois and Idaho before his family was stationed at McChord Air Force Base, Washington. Shurer attended Rogers High School in Puyallup, Washington, where he was a member of the swim team and participated in triathlons and cycling.

Following his high school graduation in 1997, Shurer attended Washington State University, where he earned a bachelor’s degree in business economics. Later that year, he enrolled in a master’s degree program at Washington State.

After the events of Sept. 11, 2001, Shurer was inspired to follow in the footsteps of his great-grandfather, grandfather and parents by serving in the U.S. armed forces.

After separating from the Army in May 2009, Shurer was hired by the U.S. Secret Service and was stationed in Phoenix, Arizona, to investigate financial crimes, perform advance work and protect the president, vice president and high-level dignitaries. In May 2014 he moved to Washington, D.C., as part of the U.S. Secret Service Counter Assault Team, the tactical team that works to suppress, divert and neutralize any coordinated attack against the president of the United States.