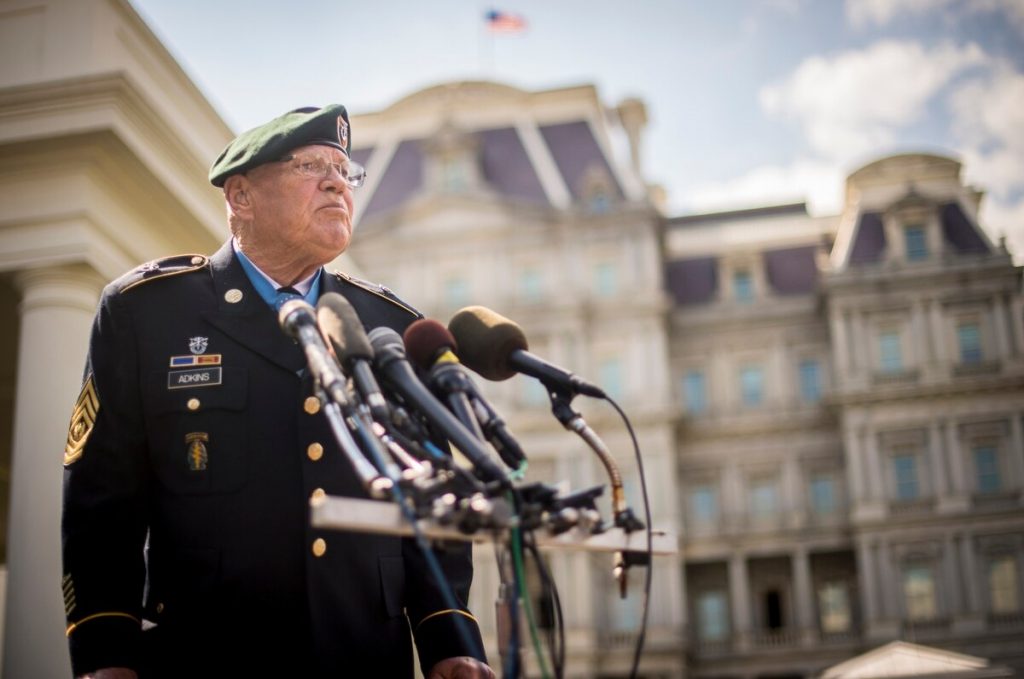 The Congressional Medal of Honor Society announces that Bennie G. Adkins, Medal of Honor recipient, passed away Friday, April 17, 2020, in Alabama at the age of 86.

Adkins was born in Waurika, Oklahoma, on February 1, 1934. He was drafted into the Army in 1956, and he volunteered for the Special Forces in 1961. Over the next 13 years, he served with the 7th, 3rd, 6th and 5th Special Forces and completed three tours in theater during the Vietnam War.

While serving with Detachment A-102, 5th Special Forces Group, 1st Special Forces during Adkins’ second tour in Vietnam, a 38-hour sustained attack on Camp A Shau began on March 9, 1966. Then-Sergeant First Class Adkins played a pivotal role in attempts to secure the base and hold off a much larger enemy force. Adkins also repeatedly placed himself in substantial danger in order to provide medical or evacuation assistance for the wounded. As the base was being overrun, Adkins led his group in destroying valuable evidence and equipment so it wouldn’t fall into enemy hands and in evacuating a wounded comrade. These delays meant that his group missed the last evacuation helicopter.  Adkins then led his group in a successful 48-hour evasion maneuver and escape.

For his valor from March 9-12, 1966, Adkins was originally awarded the Distinguished Service Cross, which was upgraded to the Medal of Honor in a ceremony at the White House on September 15, 2014.

Adkins retired from the Army in 1978 as a Sergeant Major. He then received a Bachelors and two Masters degrees from Troy State University, started Adkins Accounting Services in Auburn, Alabama, and taught at Southern Union Junior College and Auburn University.  He is survived by two sons, a daughter, and several grandchildren. Burial arrangements are pending. 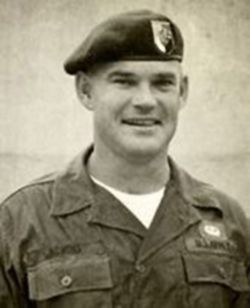