Crandall was awarded the MOH for his actions in the first major conflict
of the Vietnam War in the Ia Drang Valley during November 1965. He was
immortalized by the movie “We Were Soldiers,” played by famous actor
Greg Kinnear.

He regaled the crowd of 250 Soldiers and Families with his stories; from
long-time friend and wingman, Ed “Too Tall” Freeman to Col. Hal Moore,
to his wife Arlene, and their experiences as part of the Engineer Corps
in Libya, Venezuela, Vietnam, and all places in between.

In anticipation of Crandall’s visit, the “Grey Wing” Soldiers watched a
screening of the movie. “I’d seen the movie before — I was really
excited to meet him,” said Sgt. 1st Class Robert Farmer, a CH-47 Chinook
helicopter standardization instructor with the 166th?’s 2nd Battalion
(Training Support), 291st Aviation Regiment.

Watching the movie was especially important for non-aviation Soldiers in
the Brigade, to whom Bruce Crandall is not a household name.

Crandall also took the time to award the Army Aviation Association of
America’s Order of St. Michael medal to two of the brigade’s warrant
officers, Chief Warrant Officer 4 (Retired) Carl Fox and Chief Warrant
Officer 5 James O’Gorman. “It was such a surprise and honor to get the
medal presented to me by Col. Crandall,” O’Gorman said.

Crandall’s impact on young and old Soldiers alike, from aviation or
logistician and everything in between is undeniable. His warm,
unassuming demeanor speaks just as loudly as the medal around his neck;
both signs of a true, humble hero who insists anyone would have done the
same.

Well into his 80s, the aviator travels over 200 days each year, sharing
his love for the Army, helicopters, and his comrades-in-arms, both past
and present. Soldiers of 166th Aviation Brigade and all who have had the
good fortune to spend a few moments with him have the unforgettable
honor of experiencing a true hero. 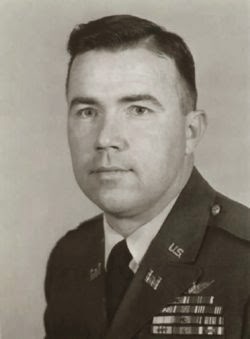 For conspicuous gallantry and intrepidity at the risk of his life above and beyond the
call of duty: Major Bruce P. Crandall distinguished himself by
extraordinary heroism as a Flight Commander in the Republic of Vietnam,
while serving with Company A, 229th Assault Helicopter Battalion, 1st
Cavalry Division (Airmobile). On 14 November 1965, his flight of sixteen
helicopters was lifting troops for a search and destroy mission from
Plei Me, Vietnam, to Landing Zone X-Ray in the Ia Drang Valley. On the
fourth troop lift, the airlift began to take enemy fire, and by the time
the aircraft had refueled and returned for the next troop lift, the
enemy had Landing Zone X-Ray targeted. As Major Crandall and the first
eight helicopters landed to discharge troops on his fifth troop lift,
his unarmed helicopter came under such intense enemy fire that the
ground commander ordered the second flight of eight aircraft to abort
their mission. As Major Crandall flew back to Plei Me, his base of
operations, he determined that the ground commander of the besieged
infantry batallion desperately needed more ammunition. Major Crandall
then decided to adjust his base of operations to Artillery Firebase
Falcon in order to shorten the flight distance to deliver ammunition and
evacuate wounded soldiers. While medical evacuation was not his
mission, he immediately sought volunteers and with complete disregard
for his own personal safety, led the two aircraft to Landing Zone X-Ray.
Despite the fact that the landing zone was still under relentless enemy
fire, Major Crandall landed and proceeded to supervise the loading of
seriously wounded soldiers aboard his aircraft. Major Crandall’s
voluntary decision to land under the most extreme fire instilled in the
other pilots the will and spirit to continue to land their own aircraft,
and in the ground forces the realization that they would be resupplied
and that friendly wounded would be promptly evacuated. This greatly
enhanced morale and the will to fight at a critical time. After his
first medical evacuation, Major Crandall continued to fly into and out
of the landing zone throughout the day and into the evening. That day he
completed a total of 22 flights, most under intense enemy fire,
retiring from the battlefield only after all possible service had been
rendered to the Infantry battalion. His actions provided critical
resupply of ammunition and evacuation of the wounded. Major Crandall’s
daring acts of bravery and courage in the face of an overwhelming and
determined enemy are in keeping with the highest traditions of the
military service and reflect great credit upon himself, his unit, and
the United States Army.