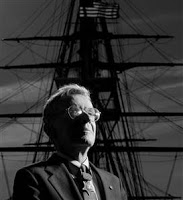 Vietnam War hero, Medal of Honor recipient and Massachusetts Secretary of Veterans Services, Thomas G. Kelley was recently fired by Governor Deval Patrick after 30 years of service to the United States Navy and a decade devoted to Bay state veterans.

Thomas G. Kelley was awarded the Medal of Honor while serving as a Navy lieutenant in Vietnam. From 1999, first as commissioner and then secretary of Veteran Services, he made Massachusetts a national leader in programs and benefits for veterans.

“The state redefined the word veteran to include military personnel who served in peacetime, not only war, making them eligible for benefits. Massachusetts created a welcome-home program to offer bonuses to returning veterans and free college tuition to National Guard members attending state schools. And Kelley’s agency also created a counseling program called SAVE, Statewide Advocacy for Veterans Empowerment, to help returning vets reintegrate into society.” Boston.com

Bruce Coulter, editor of the Beacon-Villager had something to say about this in his recent column, Farewell to an American hero:

“Kelley, who I’ve interviewed in the past, told reporters that Gov. Deval Patrick and Lt. Gov. Timothy Murray apparently want to take the veterans services agency in another direction.

Which leads me to ask: What direction?

Which leads me to ask: What was the problem with Kelley?

I don’t begrudge Patrick the opportunity to pick his administration officials, but he could at least be honest regarding Kelley’s dismissal. Instead, his administration spent the following days ignoring the question most asked: Why?”

Read more of the article on the Beacon-Villager.

“He served under three successive Republican governors, Paul Cellucci, Jane Swift, and Mitt Romney, and was retained by Patrick during his first term.

But Kelley’s future with the administration appeared uncertain after the governor excluded him from Cabinet meetings.

After his reelection last month, Patrick asked all Cabinet secretaries and senior officials to submit letters of resignation and reapply for their jobs.”

Read more of the article at Boston.com. 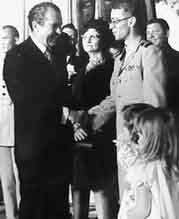 Thomas G. Kelley served in Vietnam as a lieutenant in command of River Assault Division 152, part of the Mobile Riverine Force.

“On June 15, 1969, he led eight boats on a mission to extract a U.S. Army infantry company from the bank of the Ong Muong Canal in Kien Hoa province, South Vietnam. During the extraction, the convoy came under attack from a hostile force on the opposite bank and one of the boats suffered a mechanical failure which prevented it from raising its loading ramp and getting under way. After ordering the other boats to form a defensive line around the disabled craft, Kelley maneuvered his own boat to the front, between his men and the enemy, and engaged the hostile force. He received a severe head wound when a rocket struck near him, penetrating the boat’s armor and spraying shrapnel in all directions. Although unable to stand or speak clearly, he continued to relay directions to the convoy, with the help of one of his sailors, until the crippled boat was repaired and the group was able to move out. Kelley survived his wounds and was subsequently promoted to lieutenant commander and awarded the Medal of Honor.”

A wonderful interview at the Pritzker Military Library can be viewed here.

Thomas G. Kelley on Speak out! Save lives!