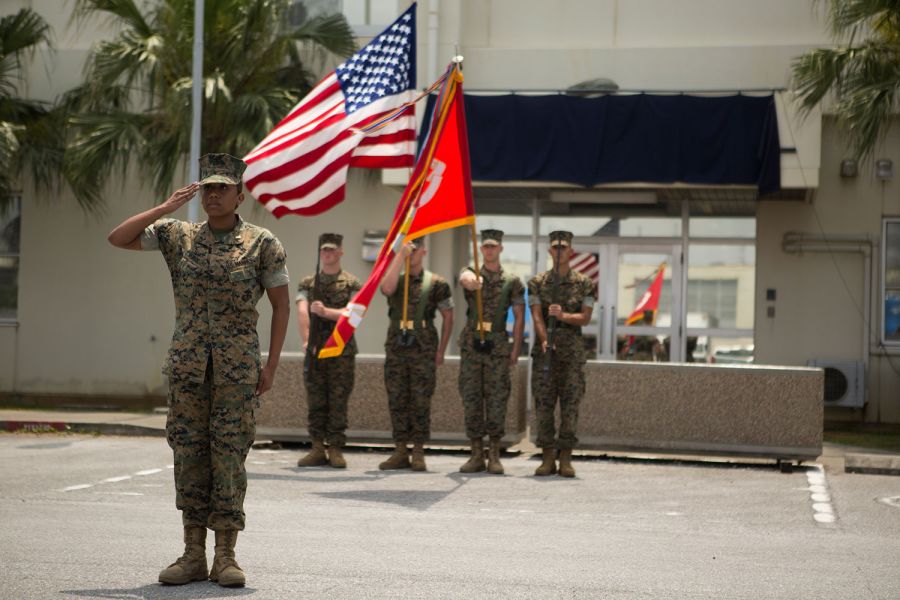 Marines and sailors on Okinawa renamed a building to honor a Medal of Honor recipient who fought and died on the island during one of the bloodiest battles of World War II.

Troops from Combat Logistics Regiment 35, 3rd Marine Logistics Group officially changed the name of their regimental headquarters at Camp Kinser to Hague Hall on Monday in recognition of Cpl. Louis Hauge, who was killed in the Battle of Okinawa on May 14, 1945.

“We are very honored to know that he is not forgotten, and that the Marines remember him,” Hauge’s nephew, Joe Braunschweig, said in a Marine Corps statement.

Hauge displayed uncommon valor when a squad from the 1st Marine Division got pinned down by enemy mortar and machine gun fire, according to his award citation. He sprinted toward two machine gun emplacements, tossing hand grenades as he ran. He was wounded, but destroyed both machine gun nests before a Japanese sniper shot and killed him.