Army Master Sgt. John F. Baker Jr., who received the Medal of Honor for saving the lives of eight of his fellow Soldiers, killing 10 Viet Cong and knocking out six machine-gun bunkers after his unit was ambushed Nov. 5, 1966, in Vietnam, died Friday evening (1/20/2012) after collapsing in his Northeast Richland home (SC). He was 66.

During the Vietnam War, Baker was a 5-foot-2-inches tall, 105-pound “tunnel rat” – a Soldier who, armed with only a pistol and a flashlight, would crawl into enemy tunnels to clear them. He was one of only 239 servicemembers to receive the Medal of Honor in Vietnam. And he was the last Army Soldier with ties to South Carolina to receive the medal from any conflict.

In 1989, Baker retired from the U.S. Army as a master sergeant after serving 24 years.

After that, he went to work as a computer analyst for the Veterans Affairs hospital in Columbia, S.C., one of the largest VA hospitals in the country.

He long served as vice president of the Congressional Medal of Honor Society. And he was appointed by President George W. Bush in 2002 to serve on the National Cemetery Association’s advisory committee on cemeteries and memorials.

He accepted invitations to speak at more than 1,000 public schools. The Interstate 280 Bridge was renamed Baker Bridge.

“He is the last of a long legacy of great Army recipients who lived in South Carolina,” said retired Marine Maj. Gen. James. E Livingston of Charleston, also a Medal of Honor recipient.

A service will be held Friday at Fort Jackson in Columbia, S.C. Burial with full military rights will be at a later day in Arlington National Cemetery in Virginia.

Visitation will be the day before the service at Dunbar Funeral Home.

Baker entered the U.S. Army in Moline, Illinois, serving as a private in A Company, 2nd Battalion of the 27th Infantry Regiment, 25th Division. In Vietnam, he took part in Operation Attleboro which began in September 1966. On November 5, 1966, Baker and his unit were called to assist another squad who were taking enemy fire. En route, A Company began to take fire and lost their lead soldier. Together with two other soldiers, Baker took over the head of the column and assisted in destroying two enemy positions. They were moving to take two others when a hand grenade knocked Baker off of his feet.

With the two other soldiers wounded, Baker “single handedly” destroyed another bunker before recovering his comrades. Despite taking further fire from enemy bunkers and snipers, he continually fell back to replenish ammunition and take back several wounded. For these actions, he was awarded the Medal of Honor along with Captain Robert F. Foley, who also received the Medal of Honor for his actions in the battle. When awarding the medal, President Lyndon B Johnson stated:

“The battlefield is the scarred and the lonely landscape of man’s greatest failure. But is a place where heroes walk. Today we come here to the East Room of the White House to honor two soldiers, two soldiers who—in the same battle and at the same time—met the surpassing tests of their lives with acts of courage far beyond the call of duty. Captain Foley and Sergeant Baker fought in the same company. Now, together, they join the noblest company of them all. They fought because their Nation believed that only by honoring its commitments, and only by denying aggression its conquest, could the conditions of peace be created in Southeast Asia and the world.”

See more at the John Baker Jr. page at the Pritzker Military Library with Ed Tracy: 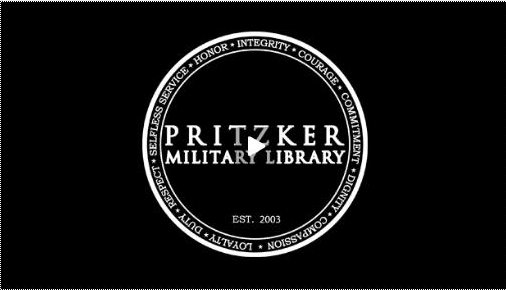