On Friday, May 06, 2011, in Tippecanoe Co., IN, a historic event will take place. The very first bridge in the United States is to be dedicated to all Medal of Honor Recipients, past present and future. The bridge is located on Hoosier Heartland Corridor, a four lane highway.

Seven Medal of Honor Recipients will be the guests of honor and dedicate the bridge.

The following heroes will be attending:


At 7:00 AM, the MOH Recipients will arrive at Caterpillar Inc. in Lafayette, IN,
for a breakfast with Caterpillar employees and a tour of the diesel
engine manufacturing plant.

After the plant tour, Indiana Air Search and Rescue (IASAR) will fly
the MOH Recipients in their UH-1 Huey helicopter and also be escorted by the Indiana Patriot Guard Riders and local law
enforcement to the Faith Baptist Church for
the Medal of Honor Bridge Dedication Ceremony.  Immediately following the
11:00am ceremony, the MOH Recipients will be flown to – and land on – the NEW
Medal of Honor Bridge.  There will be a short ribbon cutting
ceremony.  The bridge site we will have State and local officials, a Color
guard, a Military flyover, Lafayette Fire Department, Armed Services
Representatives.

At 7:00PM that evening, there will be for a symposium at Jefferson High School
emceed by Ed Tracy, President and CEO from Chicago’s Pritzker Military Library. The MOH
Recipients will speak of their accounts of the war and how they earned their
medals.

We admire and commend Mr.Dave Shively for his commitment and the efforts of all
those involved to have this new bridge named after all Medal of Honor
recipients.

Davis joined the Army from Indianapolis, Indiana, in 1965. By November 18, 1967, he was serving as a private first class with Battery C, 2nd Battalion, 4th Artillery Regiment, 9th Infantry Division, in the Republic of Vietnam.

“On that day, his unit was west of Cai Lay when they fell under heavy mortar attack by the Viet Cong as around 15,000 VC swarmed the area. Upon detecting an enemy position, Davis manned a machine gun to give his comrades covering fire so they could fire artillery in response. Davis was wounded, but ignored warnings to take cover, taking over the unit’s burning howitzer and firing several shells himself. He also disregarded his inability to swim (due to injuries; Davis knew how to swim), crossing a river on an air mattress to help rescue three wounded American soldiers. He ultimately found his way to another howitzer site to continue fighting the VC attack until they fled.”

He was subsequently promoted to sergeant and received the Medal of Honor the following year. 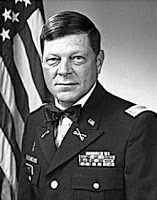 Fritz joined the Army from Milwaukee, Wisconsin in 1966, and by January 11, 1969 was serving as a first lieutenant in Troop A, 1st Squadron, 11th Armored Cavalry Regiment. During a firefight on that day, in Binh Long Province, Republic of Vietnam, Fritz showed conspicuous leadership despite being seriously wounded. He was subsequently promoted to captain and awarded the Medal of Honor for his action.

“Capt. Fritz manned a machine gun and through his exemplary action inspired his men to deliver intense and deadly fire which broke the assault and routed the attackers. Moments later a second enemy force advanced to within 2 meters of the position and threatened to overwhelm the defenders. Capt. Fritz, armed only with a pistol and bayonet, led a small group of his men in a fierce and daring charge which routed the attackers and inflicted heavy casualties. When a relief force arrived, Capt. Fritz saw that it was not deploying effectively against the enemy positions, and he moved through the heavy enemy fire to direct its deployment against the hostile positions. This deployment forced the enemy to abandon the ambush site and withdraw. Despite his wounds, Capt. Fritz returned to his position, assisted his men, and refused medical attention until all of his wounded comrades had been treated and evacuated.” Citation

Jenkins joined the Army from Nashville, Tennessee, and by January 6,
1969 was serving as a private first class in Company A, 2d Battalion,
39th Infantry Regiment, 9th Infantry Division.

During a firefight on that day, in Kien Phong Province, Republic of
Vietnam, Jenkins repeatedly exposed himself to hostile fire to engage
the enemy, resupply his ammunition, and obtain new weapons. Despite
being wounded himself, he made several trips through intense fire to
rescue other wounded soldiers. For his actions during the battle Jenkins
was promoted to Staff Sergeant and awarded the Medal of Honor.

“He exposed himself to extremely heavy fire when he repeatedly both ran and crawled across open terrain to obtain resupplies of ammunition until he had exhausted all that was available for his machine gun. Displaying tremendous presence of mind, he then armed himself with 2 antitank weapons and, by himself, maneuvered through the hostile fusillade to within 20 meters of an enemy bunker to destroy that position. After moving back to the friendly defensive perimeter long enough to secure yet another weapon, a grenade launcher, S/Sgt. Jenkins moved forward to a position providing no protection and resumed placing accurate fire on the enemy until his ammunition was again exhausted. During this time he was seriously wounded by shrapnel. Undaunted and displaying great courage, he moved forward 100 meters to aid a friendly element that was pinned down only a few meters from the enemy. This he did with complete disregard for his own wound and despite having been advised that several previous rescue attempts had failed at the cost of the life of 1 and the wounding of others. Ignoring the continuing intense fire and his painful wounds, and hindered by darkness, he made 3 trips to the beleaguered unit, each time pulling a wounded comrade back to safety.”

Ronald Eugene Rosser joined the Army in 1946 at age 17 for a three year term of service. After one of his brothers was killed in the early stages of the Korean War, he re-enlisted from Crooksville, Ohio, in 1951 as a way of getting revenge. Initially stationed in Japan, Rosser requested to be sent into combat and was then deployed to Korea with the heavy mortar company of the 38th Infantry Regiment, 2nd Infantry Division.

On January 12, 1952, Rosser, by then a corporal, was acting as a forward observer with Company L’s lead platoon during an assault on a heavily fortified hill near Ponggilli. When the unit came under heavy fire, Rosser went forward three times and attacked the hostile positions alone, each time returning to friendly lines to gather more ammunition before charging the hill again. Although wounded himself, he helped carry injured soldiers to safety once withdrawal became necessary. For these actions, Rosser was awarded the Medal of Honor.

Rosser returned to the United States in May 1952 and was formally presented with the Medal of Honor by President Harry Truman a month later, on June 27, 1952.

Stumpf joined the Army from Milwaukee, Wisconsin, and by April 25, 1967 was serving as a Specialist Four in Company C, 1st Battalion, 35th Infantry Regiment, 25th Infantry Division. On that day, near Duc Pho in the Republic of Vietnam, Stumpf rescued three wounded comrades despite heavy fire and single-handedly disabled an enemy bunker. He was subsequently promoted to Staff Sergeant and awarded the Medal of Honor for his actions during the battle.

Stumpf reached the rank of Sergeant Major before retiring from the Army.

“SSG Stumpf left his secure position in a deep trench and ran through the barrage of incoming rounds to reach his wounded comrades. He picked up 1 of the men and carried him back to the safety of the trench. Twice more SSG Stumpf dashed forward while the enemy turned automatic weapons and machineguns upon him, yet he managed to rescue the remaining 2 wounded squad members. He then organized his squad and led an assault against several enemy bunkers from which continuously heavy fire was being received. He and his squad successfully eliminated 2 of the bunker positions, but one to the front of the advancing platoon remained a serious threat. Arming himself with extra hand grenades, SSG Stumpf ran over open ground, through a volley of fire directed at him by a determined enemy, toward the machinegun position. As he reached the bunker, he threw a hand grenade through the aperture. It was immediately returned by the occupants, forcing SSG Stumpf to take cover. Undaunted, he pulled the pins on 2 more grenades, held them for a few seconds after activation, then hurled them into the position, this time successfully destroying the emplacement.”

Leo Keith Thorsness received the Medal of Honor for his actions in the Vietnam War. He was awarded the medal for an air engagement on April 19, 1967. He was shot down two weeks later and spent six years in captivity in North Vietnam as a prisoner of war.

Williams was only 17 when he joined the Marines. His accomplishments on Iwo Jima are legendary. He landed on Iwo Jima on February 21, 1945, then a corporal and distinguished himself two days later when American tanks, trying to open a lane for infantry, encountered a network of reinforced concrete pillboxes, buried mines, and black volcanic sands.

“Williams went forward alone with his 70-pound flamethrower to attempt the reduction of devastating machine gun fire from the unyielding positions.”

“Covered by only four riflemen, he fought for four hours under terrific enemy small-arms fire and repeatedly returned to his own lines to prepare demolition charges and obtain serviced flame throwers. He returned to the front, frequently to the rear of hostile emplacements, to wipe out one position after another. At one point, a wisp of smoke alerted him to the air vent of a Japanese bunker, and he approached close enough to put the nozzle of his flamethrower through the hole, killing the occupants. On another occasion, he charged enemy riflemen who attempted to stop him with bayonets and destroyed them with a burst of flame from his weapon.”

He was presented the Medal of Honor by President Harry S. Truman on October 5, 1945, at the White House.